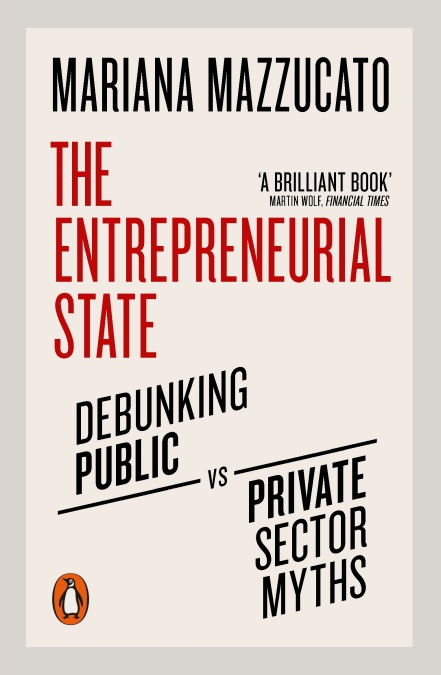 "Superb ... At a time when government action of any kind is ideologically suspect, and entrepreneurship is unquestioningly lionized, the book's importance cannot be understated"
Guardian

The Entrepreneurial State: debunking public vs. private sector myths stirred up much-needed debate about the role of the state in fostering long-run innovation led economic growth.

According to conventional wisdom, innovation is best left to the dynamic entrepreneurs of the private sector, and government should get out of the way. But what if all this was wrong? What if, from Silicon Valley to medical breakthroughs, the public sector has been the boldest and most valuable risk-taker of all?

The book comprehensively debunks the myth of a lumbering, bureaucratic state versus a dynamic, innovative private sector. In a series of case studies—from IT, biotech, nanotech to today’s emerging green tech—Professor Mazzucato shows that the opposite is true: the private sector only finds the courage to invest after an entrepreneurial state has made the high-risk investments. In an intensely researched chapter, she reveals that every technology that makes the iPhone so ‘smart’ was government funded: the Internet, GPS, its touch-screen display and the voice-activated Siri.

Mazzucato also controversially argues that in the history of modern capitalism the State has not only fixed market failures, but has also actively shaped and created markets. In doing so, it sometimes wins and sometimes fails. Yet by not admitting the State’s role in such active risk taking, and pretending that the state only cheers on the side-lines while the private sector roars, we have ended up creating an ‘innovation system’ whereby the public sector socializes risks, while rewards are privatized. The book considers how to change this dysfunctional dynamic so that economic growth can be not only ‘smart’ but also ‘inclusive’.

A moonshot guide to changing capitalism 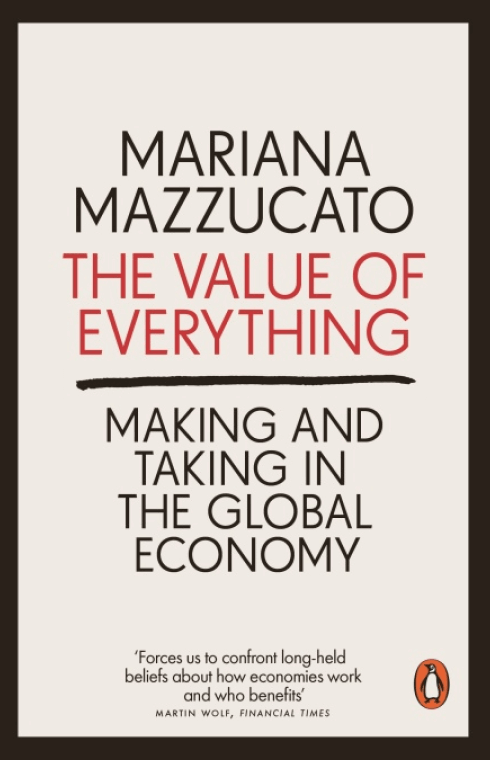 The Value of Everything

Making and taking in the global economy